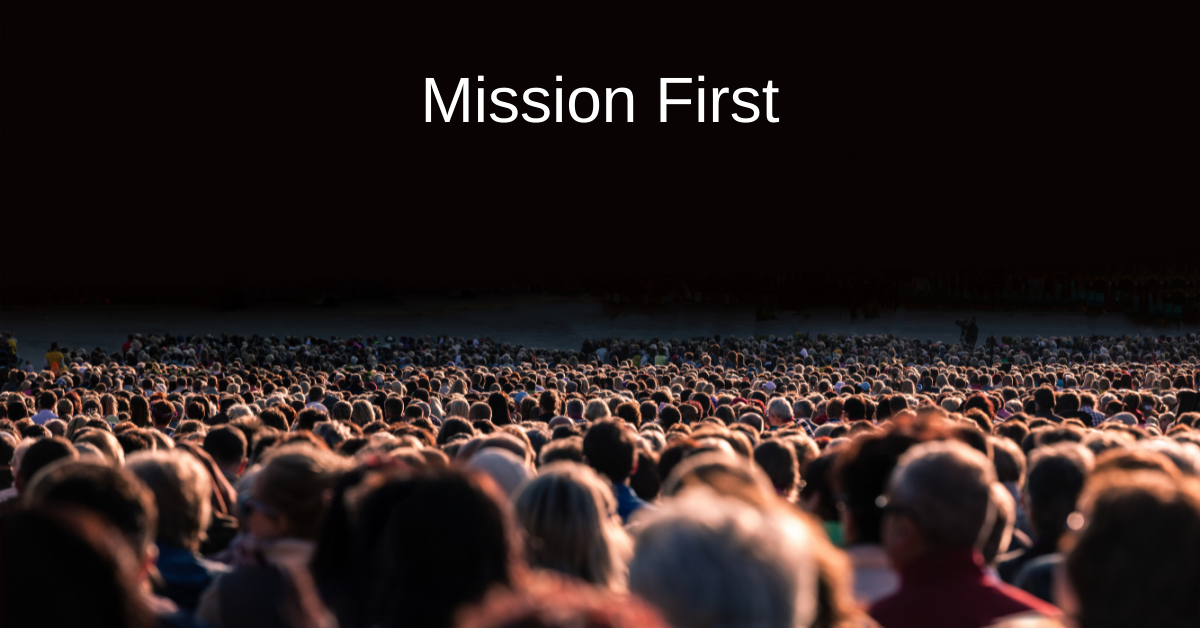 Just reading this morning in an article I received in a packet at a 24 hour retreat for church leaders. Henri Nouwen said:

“So often in ministry I have wanted to do it by myself. If it didn’t work, I went to others and said “Please!” searching for a community to help me. If that didn’t work, maybe I’d start praying.

“But the order that Jesus teaches us is the reverse. It begins by being with God in solitude; then it creates a fellowship, a community of people with whom the mission is being lived; and finally this community goes out together to heal and to proclaim good news.”

I agree with step 1- solitude. But I think the second and third steps, community and mission, need to be reversed.

In fact, they are reversed in the example of Jesus.

He was baptized, went out to the desert in solitude, began his ministry. And THEN formed community by inviting others to join him in mission. “Come follow me and I will send you out to fish for people.”

When you gather people who are not on mission, and form them into a community, even a “good” community with lots of sharing and caring, mission doesn’t arise from that community. But when someone who is on mission invites others to join with that mission, a community is formed.

The purpose is the mission.

The result is community.